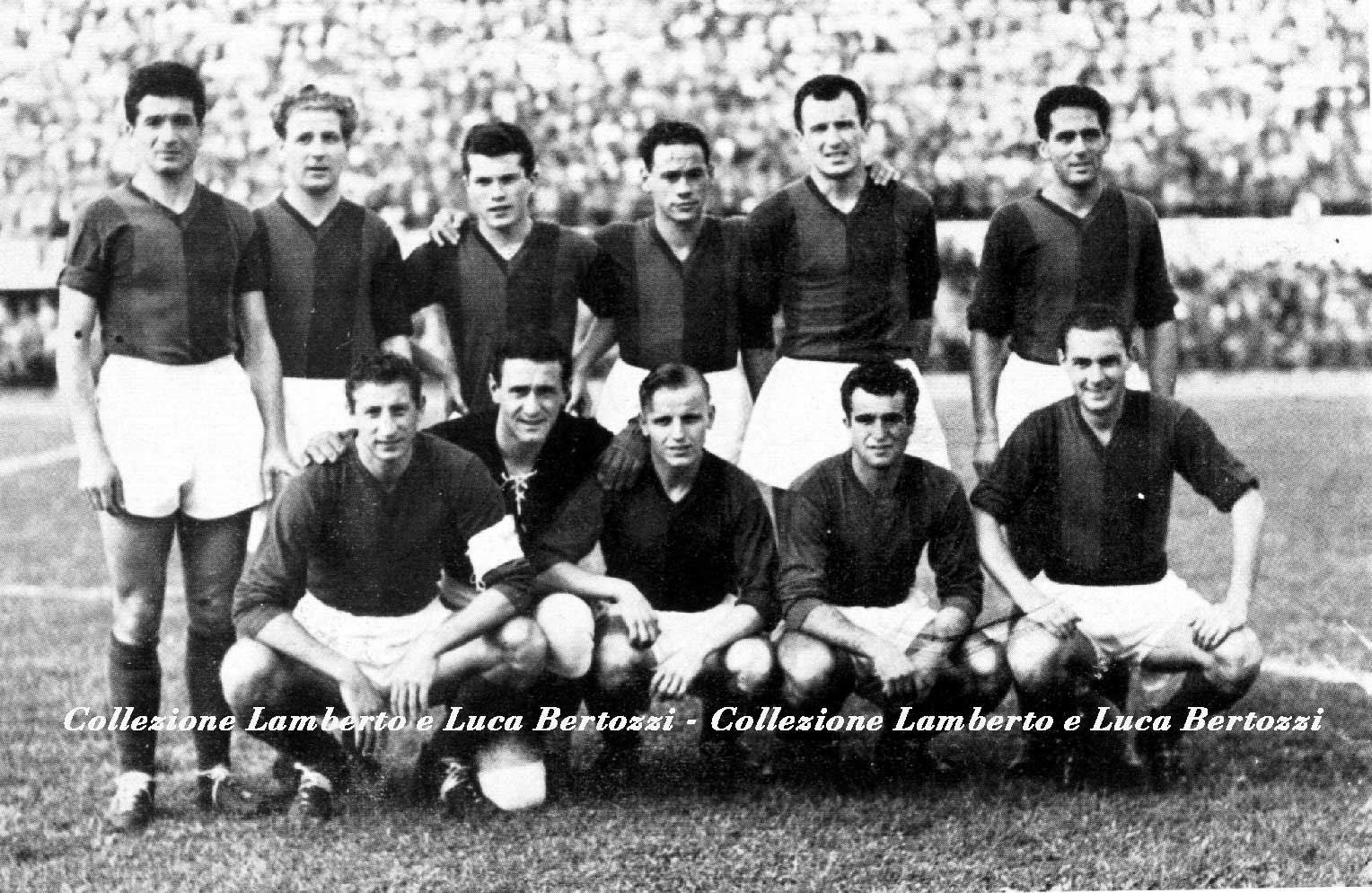 Amarcord: Bologna vs Lazio some years ago - 3rd March GOALS RAIN TORPEDOES THE LAZIO IN A ROASTING DAY

On Sunday, 17th June, 1951, the last match of  Division Championship 1950-1951 was played at the Local Town Hall's stadium in Bologna, between the host Bologna and the Lazio.

It was the classic no importance match of the championship end as both teams had already achieved a respectable place in the table and they didn't stand in the relegation zone. Actually, strictly speaking, the Bologna had to do the best in this match after the defeat had in the previous match vs Sampdoria for 2-7, in Genova. The Raffaele Sansone's guys, during the week, had trained in a sunny scorching day as they wanted to make peace with their fans and end the championship with a possible success.

Just the time the referee Gino Cicardi from Lecco whistled the start of the match, the sun was really scorching that day and just 7,000 people, on the stands, had had the courage to challange it. Not all the people were able to sit that the Bologna led thanks to an own goal.

Just 2',  Cappello seized the ball and he stood quickly aside the left, then, he passed it to Filiput: the Reb-blue wing dashed off besides the Lazio Antonazzi who, while was passing the ball to his goalkeeper, kicked it very strong and scored the net. So, he surprised Sentimenti IV.

Therefore, the Bologna  was encouraged by the fast led and attacked promptly, so Giovannini kicked long Cervellati: the right wing, was heeled in vain by a defender, went to the box and scored for the second time Sentimenti IV by a clean level shot. The Lazio retorted with anger: Hofling passed to Flamini with a great accuracy, who promptly kicked very strong and saved the defeated Vanz. The Bologna took the play again and Cappello, at 9', won the fight with Malacarne, his marker, and he could approach Sentimenti IV, who could see relieved the shot went out the side of the goalpost.

At 13', Gritti ran towards the goalkeeper, maybe an offside, and it was in a favourable position to score, but the goalkeeper touched it without stopping it. Meanwhile, Cervellati arrived unexpectably and tried  to catch the ball of the goalkeeper, but he resisted and avoided the worst.

The Lazio played for the most part of the match during some minutes, but Filiput scored the third goal by exploiting an action between Gritti and Cervellati at 27'. At this point, the Lazio reorganized and became really dangerous. In fact, at 34', after a tangly scrimmage, a Sentimenti III' s shot  was returned on the goal-line by Ballacci. Anyway, the Lazio's goal was about to develop; in fact, a perfect Sentimenti III's cross  was in the air and was taken by Hofling who, with a flawless scissor-kick, scored the Red-blue's net at 36'.

Immediately, the Red-blue reattacked and scored again. At 38', Filiput scored the net for  4-1, thanks to an action made by Cappello. Two minutes elapsed, the Red-blue wing Bernicchi failed an easy occasion.

At the second time, the Lazio seemed to reduce the distances, but the Bologna kept on and Cappello scored a wonderful goal at 60'. Afterwards, a Flamini's shot was cleared by the Red-blue goalkeeper Vanz.

At 65', Cappello crossed in the box, Magrini touched it with his  hand, so the referee granted the penalty and Cervellati didn't have any difficulty to score.

At 75', the Lazio scored its second net by Hofling. Just three minutes before the end of the match, the Bologna, thanks to a tireless Filiput, scored the seventh goal.

Opening: The Bologna team 1950-1951 – Up from the left to the right: Mezzadri, Jensen, Cervellati, Garcia, Ballacci, Giovannini

Dowm from the left to the right: Cappello, Vanz, Pilmark, Matteucci, Campatelli