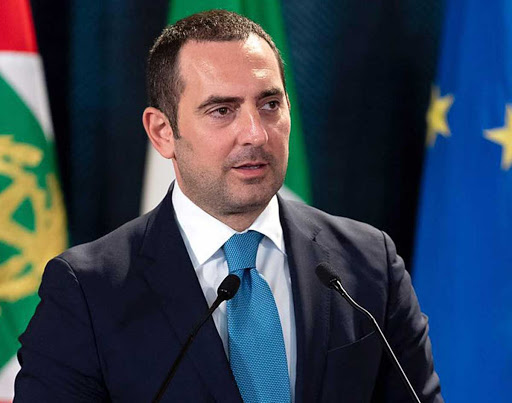 Radio Casteldebole weekly - Vincenzo Spadafora: «Serie A? We are taking our time to make the best decision for everyone.»

Despite the emergency that is hitting the whole world, football is still trying to find a solution for the resumption of the activities. It's not easy: the number of deaths and infected is still very high and the majority of people think that the eventual pursuit of the championship would lead to even more dramatic consequences. The path looks clear though, the U.E.F.A., through his executive committee has declared that «everything must be done in order to end the national championships.» The day that has been chosen to end the different championships is the 3rd of August and after this date the Europa League and the Champions League could probably resume as well. To achieve this goal, serie A should restart at the latest the 21th of June and the trainings around 20th of May, giving that way the players the possibility to get back in shape. Aleksander Čeferin, U.E.F.A.'s president has also announced an economic plan for 70 million to help the different clubs that are facing financial difficulties.

In Italy the situation is still uncertain, all the different scenarios are considered. The F.I.G.C. has presented to the Minister for Sport Vincenzo Spadafora the protocol concerning the resuming of football, giving the priority to the serie A. Spadafora will discuss with the Italian Minister of Health Roberto Speranza, with the technical-scientific committee and, finally, will present to the Italian Prime Minister, Giuseppe Conte, a proposal that will be inserted in the next decree. Spadafora has also written on his Facebook account that he's taking his time to evaluate the situation, monitoring everyday the curve of the infected, which is slowly flattening. In the weekend we will probably have a formal decision on the matter.

As for Bologna F.C., between today and tomorrow the players who have left Italy to join their family abroad will probably be back in Bologna, but everything will depend on the Government's decisions. If the championship will resume, Claudio Fenucci and his team are looking for the hotel that will host the team for the month leading up to the restarting of the serie A. There are two possibilities: the Calzavecchio Hotel in Casalecchio di Reno or the Admiral Hotel situated in Zola Predosa, with this last one that seems to be more suitable for the needs of the team.