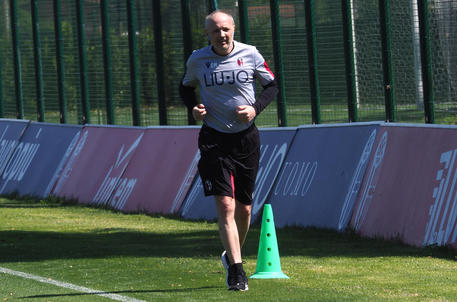 Radio Casteldebole weekly - Siniša is back!

Even if the lockdown has ended, the Italian Prime Minister, Giuseppe Conte, has recommended to maintain high the attention, follow the rules, or he the virus will continue spreading. Seems like his recommendations haven’t been followed by everyone, since way more people have stationed on the Navigli in Milan, without respecting the basic rules that the government has told us. The mayor of Milan, Giuseppe Sala, has been say himself disappointed by this behavior, menacing that he will be forced to close everything again if this keeps going.

Concerning the eventual resume of the serie A. In the last few days the F.I.G.C. and the technical-scientific committee have been working together on a protocol to start again the championship and in the meanwhile different teams of the serie A have restart the training, even if, for now, the players will workout separately on the football fields, avoiding any contact between them. On the other hand the situation is still very delicate, considering that yesterday Sampdoria and Fiorentina have announced that some players and some members of the staff have been found positive to the Covid-19.

These unexpected news reduce the possibilities to resume the championship, even if the group workouts are still planned for the 18th of May, with the final decision about the serie A that will be taken by Giuseppe Conte, assisted by Vincenzo Spadafora, the Minister for Sport, and Roberto Speranza, the Minister of Health.

As for Bologna F.C., the 5th of May, after Stefano Bonaccini’s decree, Bologna’s players went to Casteldebole for some individual workouts, trying to get back in shape for the hypothetical remaining of the season. Some players like Palacio, Sansone, Soriano, Denswil, Svanberg and Skov Olsen didn’t take part at practice while Danilo is still stuck in Brazil having some trouble finding a plane for Italy. Dijks and Krejčí are waiting for their quarantine to end in their respective houses in Bologna. In Casteldebole was present also the coach Siniša Mihajlović that has decided to come back from Rome where he was staying with the family, to stay close to the team and to keep fit, jogging all around the Niccolò Galli’s fields.