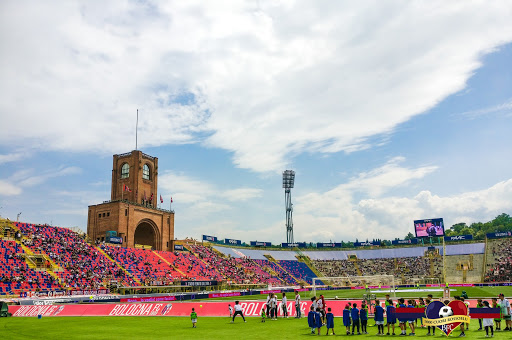 Radio Casteldebole weekly - The renovation of the Dall'Ara stadium is getting closer. Palacio and Danilo will continue their adventure with Bologna.

After the positive decision concerning the resuming of the serie A, yesterday the Italian Minister for Sport Vincenzo Spadafora has declared that even the remaining matches of the Coppa Italia will be played: Juventus-Milan on June 12 while Napoli-Inter the following day. The final, like we've already anticipated, will be the 17th of June. These matches will be all available on the Rai channels since the public tv owns the rights concerning the Coppa Italia. As for the championship, the first matches that we're going to watch will be: Torino-Parma and Verona-Cagliari on June 20 while Atalanta-Sassuolo and Inter-Sampdoria will follow on June 21. The Minister has said himself very satisfied for the agreement reached and has also declared that the amateur societies and associations will be helped with a financial aid amounting around 51 million euros.

Bologna's footballers continue their preparation towards the prestigious match against Juventus. The whole group is training very hard, like Siniša Mihajlović pretends since the main objective is the Europa League or at least getting close to those positions. Also, Rodrigo Palacio and Danilo are going to renew their contracts with the Bologna F.C. demonstrating this way how much they care about the team and how much they believe in the project that Joey Saputo has in mind. Projects and ambitions that will start from the renovation of the stadium Renato Dall'Ara: in fact, yesterday, Fincantieri Infrastructure and Bologna Stadio have reached an arrangement for the restructuration of the Dall'Ara, which, if everything goes right and if the club will build a second smaller stadium that will host the team for the time needed for the works, will start from 2022. Joey Saputo will pay 70 million euros (50 of them will come from the Istituto per il Credito Sportivo) and the rest of them (30 million of euros) will come from the municipality of Bologna. In such a difficult moment for the whole country, this achievement represent a fresh start for the whole community.