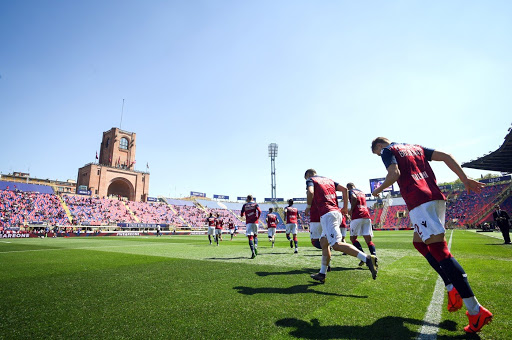 Ten days. Only ten days left before we will see again Bologna F.C.'s footballers running on the Dall'Ara's field. The match against Juventus is probably one of the most awaited and thrilling matches of the all championship for Bologna's supporters, who couldn't have waited one day longer, craving to watch their favorite players on the television.

As for the team, Siniša Mihajlović is probably going to sign the contract extension until the 2023: he wants to reach the Europa League and he wants to do it with the club who has firstly believed in him in 2008, staying by his side in such a difficult moment eleven years later. Tonight, at 8:30 pm, the team will have a workout session at the Dall'Ara stadium, after 111 days after Bologna-Udinese, ended with a draw thanks to Rodrigo Palacio who scored at the very last moment. Even if Bani, Schouten and Santander won't be able to play against Juventus since they have been disqualified during the match with Lazio, the whole team is healthy and ready to face the "front-runner", with Mitchell Dijks that has completely recovered from his injury and will most likely play on the left side of the defense.

Concerning the transfer window which will take place from the 1st of September to the 5th of October, the club is looking for a right back if Tomiyasu is going to play the next season as central defender. The last name that came up is Jens Stryger Larsen left/right back of the Udinese, even if his price is considered too high according to Bologna F.C. Lorenzo De Silvestri (Torino) and Davide Calabria (Milan) are also being considered for the role, even if a serious negotiation hasn't really started so far.