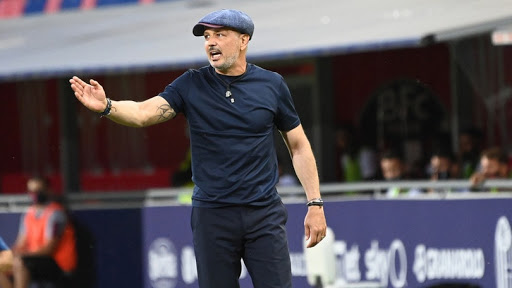 Radio Casteldebole weekly - The game against Sampdoria to forget the defeat with Juventus. Palacio, Danilo and Da Costa until 2021, good news concerning the stadium

After the defeat against Juventus the squad will face Sampdoria this Sunday at 7:30 pm at the Marassi Stadium. The team, even if Mihajlović had allowed a day off for his players, has showed up in Casteldebole for some weight training in the gym and some muscular massages, wanting to be fit and ready for the next match. Unfortunately for the game against Claudio Ranieri's team, Federico Santander and Andreas Skov Olsen won't be available because of their injuries, while Mattia Bani and Jerdy Schouten, after their disqualification, are set and ready to play.

Today the team is continuing the workouts, but there is an important news for all Bologna F.C. supporters: Rodrigo Palacio, Danilo and Angelo Da Costa have renewed their contract with the BFC until 30th June 2021. Yesterday the club and the Bologna municipality have also announced the starting of the administrative procedures regarding the new stadium: the mayor of Bologna, Virginio Merola will have 3 months to evaluate the project in its economical and technical aspects.