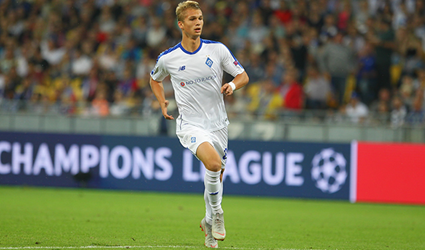 Last Sunday we have reported that Siniša Mihajlović has been infected by Covid-19. The different thoughts on the matter have divided the supporters even though the main concern remains Mihajlović’s health, like Claudio Fenucci has declared today. Mihajlović will remain quarantined for 14 days, like the protocol requires, even if he’s asymptomatic. The squad, after two rounds of swab, has left Bologna to reach Pinzolo, where the players will train behind closed doors until the 5th of September.

As for the transfer window, the deal concerning Vladyslav Supryaga is close to an agreement: Bologna FC has offered 10 millions for the Ukrainian and the Dynamo Kiev is probably going to accept. Even though the deal is not sealed, Supryaga is, now more than ever, close to wear Bologna’s jersey next year. «We’re dealing with a European club for the transfer concerning Aaron Hickey» declares Ann Budge, the Heart of Midlothian’s president. According to Sky Sports Uk this club is Bologna FC who has presented an official offer last Tuesday. The deal is not over yet, considering also the interests coming from Bayern Monaco and Celtic.