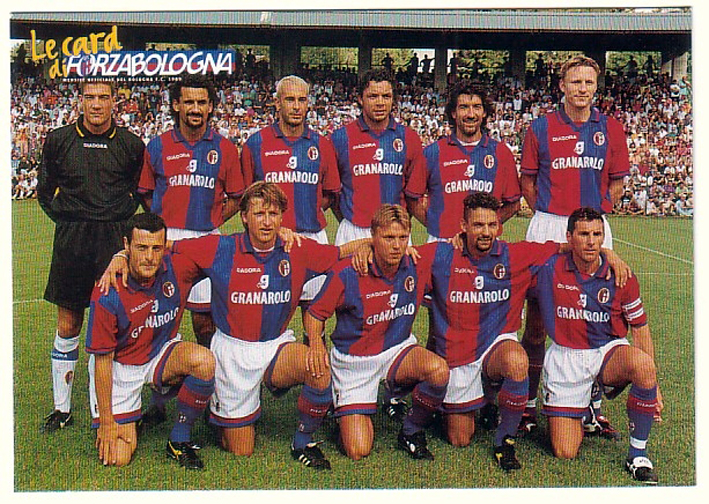 Amarcord: Empoli vs Bologna some years ago – 6 May No thrillings the first Empoli vs Bologna

11 January, 1998, it was the first time that the two teams have played in Division. It was a fair day and the field was in good conditions: about 10,000 people crowded the stands at the Carlo Castellani's Stadium.

At the fifteenth championship day, the two teams were at the bottom of the table and they were leading two goals to Division One. Due to these positions of the table, the two teams played  no thrillings match, sharing the points available at the end of the play where the football was zero.

So to speak, the only emotions were: the price-giving made by the Empoli chairman Corsi to the Red-blue coach Renzo Ulivieri welcomed with a medal to the past years in the Blue's club; the party,with the relevant name plate, organised for Roberto Baggio for his 300th presence in Division. Few goal occasions during the all play. Just only three actions to remember to  the Empoli. In fact, at 17' Torrisi, by Ficini's strong shot, suceeded in touching it  by  foot. So, the ball got a strange deviation, therefore Sterchele was obliged to make an action in order to save from an own goal.

At 45' a Tonetto's shot engaged the Red-blue goalkeeper to take the ball in hand.

At 82' Esposito was being liked the protagonist of a very fast run  and dribbled five Red-blue players, but highlight, his shot ended very high.

On the other hand, the Bologna created few goal occasions! At 30' Andersson was reached in the box by a delicious ball, but unfortunately, Kennet ended the action by a sky-high shot.

Afterwards, It was Roberto Baggio's turn, by a penalty shot in an excellent way and it was deflected to the corner by Roccati, scored the most important goal occasion of the Red-blue team.

Summing few actions up showed at 90' of the match, we could say that the Empoli and the Bologna made the best of a bad job. Both the two teams were also fine not to win in order not to lose, of course!

Closing: The price-giving to Roberto Baggio  for his 300 matches in Division